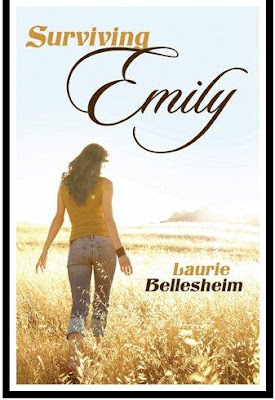 Abigail Hooper and Stephen Sparks had never heard of Sudden Unexplained Death in Epilepsy until one fatal morning in November when it crushed their hopes and dreams. Twelve years after the devastating loss of their dearest friend Emily, they find themselves still affected by the trauma. Abigail, married and newly pregnant, helps others through her work for the Department of Children and Families. When a new client with epilepsy unexpectedly forces her to re-examine the past, Abigail realizes she's the one who needs saving. Stephen has struggled emotionally, physically and spiritually after losing the love of his life, and the long-term effects of his grief have kept him from truly living and finding love again. As the two search for redemption and the power to heal, their paths cross once again. Emily's presence so long ago still has meaning in their own lives, teaching them the meaning of true friendship and what's really important. Drawing on her own experience with a close friend with epilepsy who died, author Laurie Bellesheim raises awareness about the disease in this compelling tale told partially through flashbacks.
"Full of heartbreak and loss but ultimately hope, Surviving Emily is a compelling story that explores the meaning of everlasting friendship and the healing power of love." - Written by Dog Ear Publishing in a 2011 Press Release for Surviving Emily.
"Surviving Emily by Laurie Bellesheim, is more than a heartwarming story--it is an event. I cried with the characters, feared along with them, applauded their milestones, identified with their setbacks, and learned from the book. " - Susan Anderson, reviewer on Amazon
About the author: 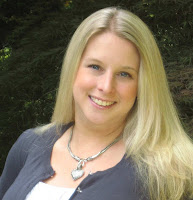 Laurie Bellesheim, a published poet, belongs to several writers' organizations including Writer's Digest, Authors Den and Goodreads.com. Bellesheim was inspired to write Surviving Emily because she lost a close friend to Sudden Unexplained Death in Epilepsy when she was 18. Bellesheim also hopes to help raise awareness about this deadly condition. Before writing Surviving Emily, her first novel, Bellesheim was a social worker for six years, including working with the Department of Children and Families. She graduated from Southern Connecticut State University with a bachelor's degree in social work. She lives in Connecticut with her husband and three children.
In Laurie's own words:
I started writing in my elementary years. From as young as I can remember, I dreamt of being a great writer someday and 'making it" as an author. When other kids were asked what they wanted to be when they grew up, my answer was usually quite different. I wanted to be a 'mommy' and an 'author'. Back then, my awful grammar and childish stories about my pets did not give my family much faith in my future of writing, but that did not stop me from trying. I perfected those short stories year after year and in high school I covered every napkin and book cover I could find with my poems. I wrote on and off through-out most of my youth, but it took many more years to realize what writing really meant to me.

After the tragic loss of a close friend during my first year in college, I began to use writing as a tool for healing and expression. I used my words as a way to express my grief and what I couldn't communicate vocally, I spilled out onto paper. Writing became my outlet, a way to channel all my thoughts, dreams, and creativity. It was during that desperate time that I discovered what writing truly meant to me and it's been a bigger part of my life ever since. But it wasn't just my passion for writing that bloomed; it was something much more. I found that I had an important story to tell, one that would not only honor my friend who passed, but also help others, and help raise awareness about epilepsy and the condition of SUDEP (Sudden Unexplained Death in Epilepsy).

I achieved what I had always dreamt of doing, when my first novel, Surviving Emily, was published in September, 2011. I also learned that I am someone who writes from the heart, and that I enjoy writing stories that have great meaning and purpose. For me, Surviving Emily is just the beginning, and I have have much more left inside me to write! 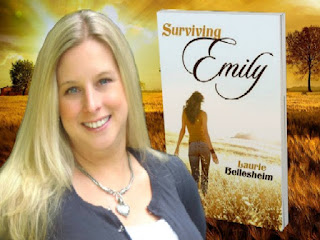 Posted by Barbara Barth at 8:27 AM