"The Catcher" by Gary Towers and Genevieve Frazier 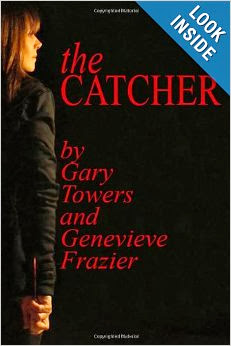 Available on Amazon and Kindle.
View the Look Inside feature on Amazon.
About the Book:
Organized predators snatch children in this boisterous thriller.
Scarred of body and heavy of heart, legendary private eye Clayton Russell retreated to his woodland compound in Georgia to sharpen his deadly knife-throwing skills and forget the world's cruelty with his brainy Airedale Terrier, Winston. Then Pamela Waters, Clayton's ex-partner and estranged lover, scolds him out of retirement to find a vanished sixth-grader.
Pam would help, but her hands are full finding holy relics stolen from the Dalai Lama, who graciously offers a cameo, along with his pal Queen Elizabeth. All clues lead to an Amsterdam-based criminal outfit called De Blauwe Organization.
Clayton mobilizes his vast rolodex of mercenaries and miscellaneous cronies, including a madam with a heart of gold, to take down DBO. But he hasn’t factored in Fionna Marceau, DBO’s top “catcher,” who lures in children by dressing as a policewoman or a nun, and lures in men by parading around topless on yachts.
Gorgeous, amoral and wry, she's a stealthy killing machine to rival Clayton himself.
Towers and Frazier keep their prose brisk, their characters colorful and their action scenes nimble, with plenty of henchmen for Clayton and Winston to maul in creative ways.  -   Kirkus Reviews


"The initial inspiration was a short story I wrote, 'Fast Tracks', which is basically a platform for Clayton Russell, a reclusive detective who is extremely adept at finding things, especially people. The short story won a national award, so 'The Catcher' was created, based on core characters from that story." ... Gary Towers 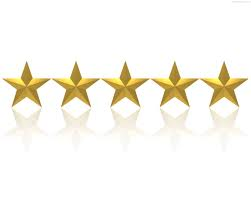 Posted by Barbara Barth at 9:04 AM No comments: 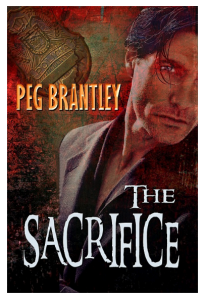 Available on Kindle
About the Book:
Former lawman Mex Anderson is trying to cope with the horrific murders of his family as best he can. Moving from his small, Mexican town to the snowy mountains of Colorado has helped, however it seems nothing can ever take away the gut-wrenching pain of his loss. When the head of the drug cartel responsible for the killings approaches him with an offer that would reveal the individuals behind the murders, it might lead to the one thing that would allow Mex to heal: revenge.

The Sacrifice: a novel of guilt and redemption that proves there is always hope for tomorrow even in the midst of unconscionable evil.


What They Are Saying About "The Sacrifice":

“Peg Brantley’s latest, THE SACRIFICE, accomplishes that rare feat of being both heartfelt and suspenseful. A gripping tale of murder and revenge, it ultimately becomes something much, much more.
— Dennis Palumbo, author of the Daniel Rinaldi mystery series

“Peg Brantley has done it again. Her third book (after THE MISSINGS and RED TIDE) is another thrill ride, a hyperventilation-inducing thriller about evil and power and endangered innocence. And MAYBE a new (and very interesting) sustaining female character. Mex Anderson may have companionship in the next book or two.”
—Timothy Hallinan, Edgar-nominated author of the Poke Rafferty and Junior Bender series 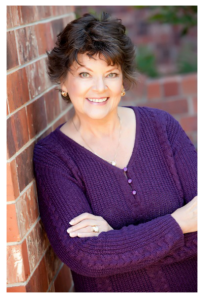 Peg Brantley
A Colorado native, Peg is a member of Rocky Mountain Fiction Writers and Sisters In Crime. She and her husband make their home southeast of Denver, and have shared it with the occasional pair of mallard ducks and their babies, snapping turtles, peacocks, assorted other birds, foxes, a deer named Cedric and a bichon named McKenzie. 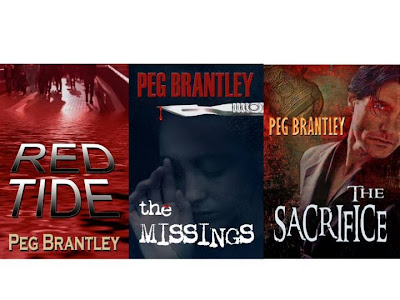 Posted by Barbara Barth at 11:49 PM No comments: