Valerie Joan Connors "In Her Keeping" 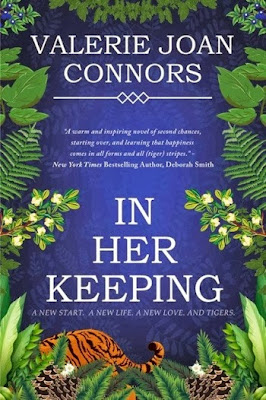 
From Valerie Connors: About the book and the inspiration behind the story.
My inspiration for the book was an eight-week old, 20 pound tiger cub named Meka, that my husband and I met in September of 2010 on a weekend visit to North Carolina.  I got to feed the cub a bottle, and it was an amazing experience that would change my life forever, but also tugged at that empty place in my heart that always longed for children of my own.  In the days and weeks that followed, I couldn't get the cub out of my head.  I began to do research about tigers in captivity in the United States, and the dwindling number of tigers remaining in the wild.  I discovered a whole new world, most of it sad, some of it tragic.  But in the midst of it all were a whole group of kind-hearted individuals who devote their lives to caring for these animals in accredited sanctuaries. They rescue tigers and other big cats from abuse and neglect, and give them a safe place in which to live out their lives as comfortably as possible in spite of their captivity.  It never really occurred to me that such a problem existed.  But people engage in some really cruel behaviors with these animals, taking them away from their mothers too soon in order to let people handle them all day long for photo ops, or thinking that they would make a really great pet, only to discover later, when the animals weigh 400 pounds and could kill you in an instant, that they really hadn't thought it through.  Sometimes these animals, the lucky ones, end up in sanctuaries where trained and responsible handlers love and care for them.  What happens to the others is very sad indeed.
The plight of tigers in captivity in the United States is something most people are unaware of.  It’s an unfortunate result of shortsightedness and uninformed decision making over a long period of time.   Sadly, unless something is done, these magnificent creatures will soon disappear from the world entirely.  That loss will be significant.
In Her Keeping is about one of the good sanctuaries, and a woman who desperately wants a child of her own.  But after eight years she has tried and failed to accomplish it.  But when she finds herself caring for a tiger cub instead, she learns that motherhood can take many forms.
About The Author: 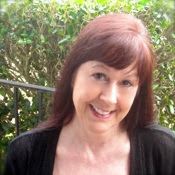 Author Valerie Joan Connors
In Her Keeping is Valerie Connors' second novel, but first through a traditional publisher, Bell Bridge Books.  In 2010 she self-published Give Me Liberty, the story of a young woman’s journey in 1953 from a small town in Michigan to New York City, where she struggles to fulfill her destiny.
Valerie Connors is working on two more novels and hopes to get on in the loop for publication in 2014. During normal business hours she is employed by an architectural design firm as their Operations Manager, which deals with IT and Human Resources. In May of this year she was installed as the President of the Atlanta Writers Club after serving on the board for two years. She and her husband live in the Metro Atlanta area.
What They're Saying About In Her Keeping:
"A warm and inspiring novel of second chances, starting over, and learning that happiness comes in all forms and all (tiger) stripes.    ...New York Times bestselling author, DEBORAH SMITH
"Valerie Joan Connors scores a home run with her wonderful story about two fascinating subjects:  true love and tigers." …New York Times Bestselling Author, HAYWOOD SMITH
"Valerie Joan Connors knows her tigers, both real and ephemeral. In Her Keeping is a cinematic tale of love lost, and love found."   ...JESSICA HANDLER, author of Braving The Fire: A Guide to Writing Through Grief and Loss, and Invisible Sisters: A Memoir.
"Valerie Connors' novel offers a refreshing variant on a woman's journey of self-discovery. On the surface In Her Keeping appears to be about Sylvia Holt re-channeling her desire for motherhood by nurturing big cats. Deep down, however, this is a story about her reconnection with people and her renewed trust in the wisdom of the heart." .... GEORGE
WEINSTEIN, author of Hardscrabble Road. 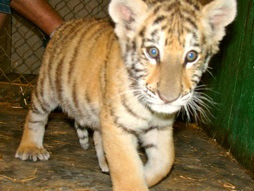 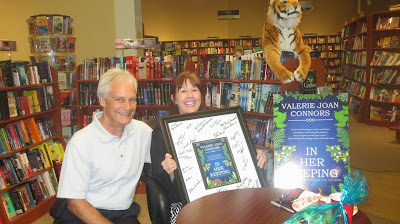 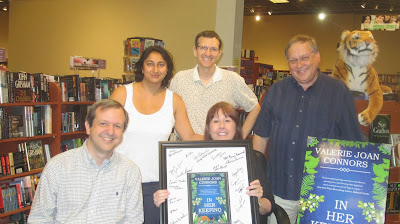 Book signing with husband and members of the Atlanta Writers Club

Posted by Barbara Barth at 6:51 AM