Author PEN First In Our New 'Authors On Writing' Series 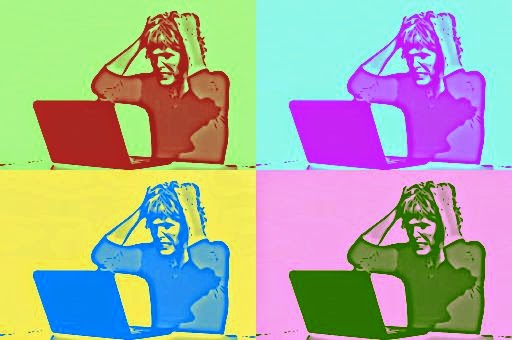 Author PEN kicks off a new series on Book Talk. Authors talking about writing! Penny will be back next week with more information on her recent book, Nero's Fiddle.
Keeping It Simple
Most people don’t even think about the effort put into writing a novel. But they’re not really supposed to.


They don’t know about the hours of research that go into writing. Staying up until the wee hours of the morning or getting up in the middle of the night to work on dialogue. Rewriting a section of work because you realize the writing is awkward or needs clarification.


Visiting another part of the country, or even areas outside the country, in order to get a feel for the environment, location, people and architecture to lend authenticity to the work in progress.


As an example, my most recent work, Nero’s Fiddle, is a result of two years of research regarding an Electromagnetic Pulse. What causes it, how it works, the damage it can do: all of this was instrumental to the writing.


Then there was visiting Washington, DC itself; a small, compact area rich in history housing some of the most wonderful and memorable monuments of our heritage.


When the reader holds the finished product in her/his hand, he/she isn’t contemplating the effort put into it. She/he just wants to know if the book was worth the investment.


Most people think the act of creativity is easy. They think brushstrokes appear magically upon a canvas. They think words flow easily from a pen (or a keyboard). They don’t realize the hours it took to write the tome or paint the masterpiece. They know nothing of the suffering endured in the creation. They do not equate the creation of creativity with that of giving birth.


The object is that the reader read that book to its completion, or the viewer appreciates that art until s/he reaches the point where they ask themselves, who is this person? Then, s/he will research to find out what other work you have done.


A well-written book or a beautiful painting keeps the creator of such in the background. You want the audience to focus on the end result, not on what went into its creation. If a reader forgets about you while s/he is reading, you’ve done your job and you’ve done it well.


By all means, continue to suffer in silence. But do keep a bottle of aspirin and Bourbon on hand. For yourself, of course. 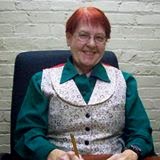 Author PEN
Posted by Barbara Barth at 7:21 AM