"Buddy: How A Rooster Made Me A Family Man" by Brian McGrory 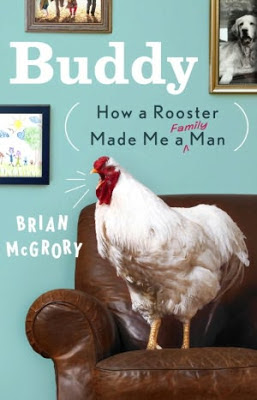 Buy on Amazon and Barnes & Noble

This Thanksgiving my bird will be a rooster, not a turkey!

No, I'm not eating the rooster, I am reading "Buddy: How a Rooster Made Me a Family Man" by Brian McGrory. I was lucky to receive a review copy from the marketing department at Crown Publishing.

I probably should wait to post on my blog until after I read this book, but I know I am going to love  it! Why keep this new release (November 2012) under wraps until I read it - you could buy your own copy before I finish mine.

This is more than a bird story, it is a memoir that goes to the heart of the author's life, his childhood, and his beloved dog. Be ready for some tears and laughs.

I am borowing a few words I found on two great book blogs, Feathered Quill Book Reviews and The Relentless Reader . You can click on the blog names and read their full reviews. I suggest you bookmark these sites too, as they are a great source for book information.

Here is what these reviewers had to say about the book:

Buddy is the story of Brian McGrory, who after finding himself divorced and then losing his best friend, Harry the Golden Retriever, finally came to the realization that Harry’s veterinarian, Dr. Pam Bendock, might just be his soul-mate. But dating, and later marrying Pam, will force many changes on Brain, a diehard city boy. Pam lives in the suburbs, has two young girls, a couple of dogs, rabbits, and yes, a rooster named Buddy. While the other animals easily accepted Brain, and Pam’s daughters slowly came to appreciate their step-father, Buddy insisted Brian was an intruder and the rooster needed to protect "his flock.” ..... there is a fair amount of storytelling revolving around other characters such as Harry, the author’s beloved dog who introduced him to his future bride Pam.  Feathered Quill Book Reviews

Brian McGrory's life changed drastically after the death of his beloved dog, Harry: he fell in love with Pam, Harry's veterinarian. Though Brian’s only responsibility used to be his adored Harry, Pam came with accessories that could not have been more exotic to the city-loving bachelor: a home in suburbia, two young daughters, two dogs, two cats, two rabbits, and a portly, snow white, red-crowned-and-wattled step-rooster named Buddy....Brian McGrory's love for his wise and faithful Golden Retriever Harry is beautiful to read about. Their bond is incredible. I read the passage of Harry's death with very watery eyes.The Relentless Reader 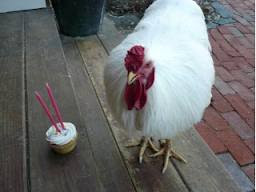 Intrigued? I certainly am. I love memoirs, dogs, and now I'm probably gonna love a rooster.  Probably gonna want some chicks for my back yard. Zoning won't let me, but the thought will stay in my mind! 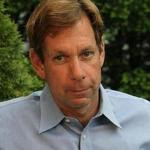 Brian McGrory is a longtime Boston Globe columnist and an award winning journalist.

I hope you have a grand Thanksgiving. Check out "Buddy" and let me know what you think!