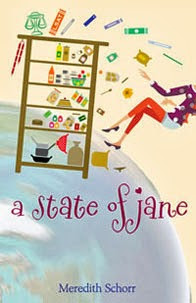 Available on Amazon. See other sales sites below.

Jane Frank is ready to fall in love.

It's been a year since her long term relationship ended and far too long since the last time she was kissed. With the LSAT coming up she needs to find a long term boyfriend (or husband) before acing law school and becoming a partner at her father's law firm.

There's just one problem: All the guys in New York are flakes. They seemingly drop off the face of the earth with no warning and no explanation.

Should she join her best friend Marissa in singlehood, making cupcakes and watching True Blood? Or should she follow her co-worker Andrew's advice and turn the game back on those who've scorned her? As Jane attempts to juggle her own responsibilities and put up with the problems of everyone around her, she starts to realize that the dating life isn't as easy as she originally thought.
About the author:

Author Meredith Schorr
A born and bred New Yorker, Meredith Schorr discovered her passion for writing when she began to enjoy drafting work-related emails way more than she was probably supposed to, and was famous among her friends for writing witty birthday cards. After dabbling in children’s stories and blogging her personal experiences, Meredith found her calling writing “real” chick lit for real women. When Meredith is not hard at work on her current work in progress, she spends her days as a trademark paralegal at a law firm in New York City. Meredith is a loyal New York Yankees fan and an avid runner. She also loves to read and is always on the lookout for her new favorite author. A State of Jane is her second novel.
In Meredith's words:
I'm so excited to be participating in the International Chick Lit Month Author Blog Hop for the second year in a row.  Long before I started writing chick lit, I was an avid reader of the genre. I love chick lit because it is grounded enough in reality to be relatable, yet embellished enough to be entertaining. I love chick lit because the career, friendship and romantic woes faced by the characters provide a much-needed escape from my own. I love chick lit because it makes me laugh, sometimes makes me cry and almost always makes me believe in happy endings.


Keep up with all the authors on this year's Chick Lit Author Blog Hop by clicking here. 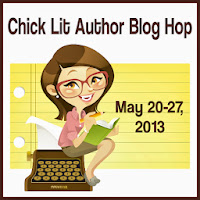 Posted by Barbara Barth at 6:02 PM