Southern Son: The Saga of Doc Holliday, book one INHERITANCE by Victoria Wilcox 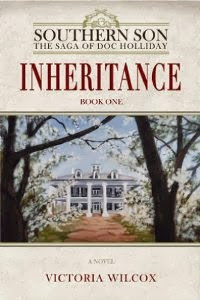 The Old South meets the Wild West in a trilogy of historical novels about the life of legendary Doc Holliday. The saga begins with Inheritance released this month, May 2013 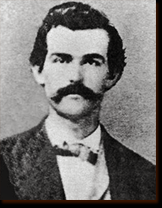 Doc Holliday
About The Book

The name Doc Holliday conjures images of the Wild West and the shootout at the OK Corral, but before he was a Western legend he was a Southern son, born in the last days of the Old South with family links to Gone With the Wind. Now this amazing story is told for the first time in a trilogy of novels entitled Southern Son: The Saga of Doc Holliday.
The story begins with Inheritance set during the American Civil War, as young John Henry Holliday welcomes home his heroic father and learns a terrible secret about his beloved mother. His only confidant is his cousin Mattie, the childhood sweetheart who shares his memories of plantation life and better days before the War. But Mattie isn't around to comfort him when tragedy strikes and John Henry's young hero worship turns to bitter anger.
As the Confederacy falls, John Henry becomes a troubled teenager and joins in with a gang of vigilantes trying to chase the Reconstruction Yankees out of their small Georgia town. But when a murderous plot brings threats of military prison, he vows to change his reckless ways and leaves Georgia to attend dental school in Philadelphia, hoping to come home as a respected professional man worthy of asking for cousin Mattie's hand.
But as he returns after two years in the Yankee north to begin dental practice in Atlanta, he finds his courtship beset with challenges. Their are family intrigues, lies and revelations, rivals for Mattie's affections, and a violent encounter that changes everything.
Inheritance is the first novel in an epic tale of heroes and villains, dreams lost and found, families broken and reconciled, of sin and recompense and the redeeming power of love 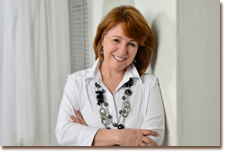 Victoria Wilcox was born in California to a pioneer Hollywood film industry family and grew up loving dramatic stories of all kinds, especially those with a sense of history. As a young woman she developed a passion for the stories of royal families found in English historical fiction, and felt certain she was descended from King Arthur himself and destined to discover the historic Camelot. So she began her college career as a Medieval English History major - admittedly a narrow field in American academia - before receiving a degree in English Literature and doing graduate work in Playwriting. In her professional life she has been a teacher of English and composition on the college level and worked as a technical writer and instructional designer for industry and universities.

A move to Atlanta, Georgia inspired a love of all things Southern and introduced her to a project that would fill the next few years of her life: the white-columned Greek Revival home built by the uncle of the legendary Doc Holliday in the last days before the Civil War. Although the Holliday House was one of Georgia's only remaining unrestored antebellum homes it was slated to be torn down and replaced by a parking lot, so Wilcox founded a non-profit organization to save it and turn it into a museum site. It was while researching the history of the house and its former owners that she discovered the untold story that led to Southern Son: The Saga of Doc Holliday.

Victoria Wilcox is a member of the Western Writers of America, with her writing on the history of the Old South and the Wild West featured in such publications as TrueWest Magazine, North Georgia Journal, and the Atlanta Journal Constitution. As Founding Director of the HollidayDorsey-Fife House Museum she has lectured extensively and been a guest on various television programs. Drawing on her lifelong love of music and theater, she has written songs for Nashville recording artists and authored the musical Goin' to Zion! along with numerous smaller theatrical works. To celebrate the upcoming release of the first book of Southern Son: The Saga of Doc Holliday, she began a national speaking tour last fall with a return to Tombstone, Arizona, site of Doc Holliday's legendary gunfight at the OK Corral.
Visit the author's website to read more of the fascinating history behind Doc Holliday. 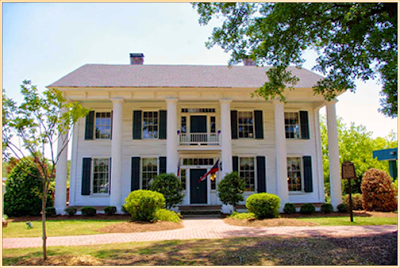 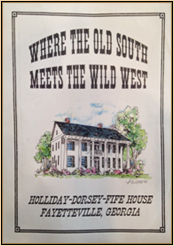 In the author's words:

This house, the Holliday-Dorsey-Fife House in Fayetteville, Georgia.  It’s been standing here since the 1850s, watching the world go by: small town folks walking to Church, Yankee soldiers marching toward battle, model T automobiles bumping along dirt roads before the asphalt pavement came, sweltering summers and snowy winters, prized green roses planted one spring and blooming for a generation and sapling trees that grew taller than the roof.  It’s been the home of three families and welcomed dozens of cousins and kin; housed the first telephone answering service in town; stood vacant and lonely until it became a museum and welcomed company again.  It’s full of stories, this house.  I guess that’s why it spoke to me.  I like old stories and old houses. 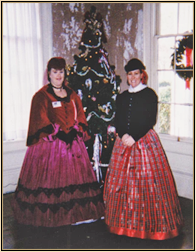 Dorsey family descendant Beth Kissel and me hosting a “Victorian Christmas” fundraiser at the unrestored, and unheated, Holliday House (I’m the one shivering in the red plaid skirt).