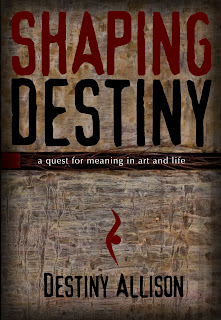 
"Shaping Destiny: a quest for meaning in art and life".

This book appealed to me on many levels. I love art, I love personal journeys, and my favorite read is a memoir.﻿ When Women on Writing offered a copy of the book to review, I jumped on it! Shaping Destiny is my kind of story.

The title caught my attention immediately. At first I saw it as simply shaping one's destiny. Then I realized the author's name is Destiny, and this is her story on how art shaped her life. Let's take it one step further. The book encourages you to shape your own life, to make your own destiny. How many book titles can convey so much in two words?

Shaping Destiny is the artist's story from the first sculpture she created to her first show in a prominent Santa Fe Gallery. It is a deeply personal memoir written in a compelling and powerful narrative. It is the story of a woman finding her voice and self revelation through art.

The book begins when Destiny is a young woman with small children. She is overwhelmed with daily life. At night, when there is no chaos around her, she realizes she does not know herself.

"My desire to give form to my ideas of love and marriage caused me to gift my very essence to a man before I even knew what it was. Imprisoned by my choice, I couldn’t breathe."


She reached for a lump of clay on her desk, the type of clay used by children and hobbyists.

"I rolled the sticky, brown clay between my fingers, feverishly smoothing and pressing little pieces onto the form. I forgot about my husband in the other room, the children sleeping above me, the desk in need of tidying, and the wood floor requiring care. The only thing that mattered was the clay before me because in it, I felt a hunger for something more than I had ever known.

The creation of that first sculpture was cathartic. It was the first time I had considered what it meant to be a woman, the conflict between what I was expected to be, feel, and do, and what I wanted to be, feel, and do. It opened the door to who I am instead of who I was supposed to be, but I didn’t recognize the opening. I only knew that I was dissatisfied, that I needed more time and more clay."

The book is comprised of 22 Life Lessons. Each chapter begins with a life lesson followed with a portion of Destiny's journey, revelations, and growth. The challenges she faces in her art mirror those in her life. It is a story on how art became the means for the author to change her life and herself. 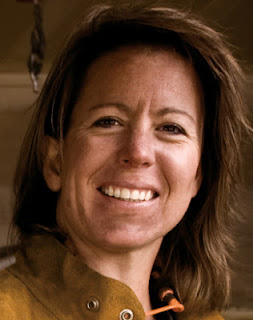 Destiny Allison is an artist, a business woman and a writer.  Her work is collected by public institutions and private individuals internationally.  In addition to her numerous awards for excellence in art, she was also recently named Santa Fe Business Woman of the year for 2011.

In addition to being a full time artist, she is also a managing partner in La Tienda at Eldorado — a commercial complex, community center, and arts center in Santa Fe, NM.

She is represented in prominent galleries across the country and owns her own gallery, Destiny Allison Fine Art, located at La Tienda.

Allison’s first love was writing.  Her first poems were published while she was a child and she received numerous awards during adolescence.  The story of how she became a visual artist is told in her book, Shaping Destiny: A quest for meaning in art and life.  While her focus over the last 20 years has been primarily on sculpture, Allison also paints on steel using acids and natural oxidation, and in acrylics.

The eloquence of Allison's language dates back to her childhood when art was constantly discussed and debated by her father, a writer, and her mother, a painter. Born and raised in Santa Fe, N.M., Allison moved to Boston after college where she worked as a freelance journalist while raising her three children. It was there that she discovered her voice through sculpture.

Shaping Destiny is the inspiring story of Allison’s life from the creation of her first sculpture to her acceptance into a prominent Santa Fe art gallery.  The book, which recounts her journey from traditional female roles to self-actualization and independence, is told with three voices: the emotional, the intellectual and the instructional.  Though she had no formal training, Allison moved quickly from small, Plasticine clay sculptures to an apprenticeship at a foundry to teaching in a small museum. Along the way, the author wrestled with shedding and then reclaiming family. To add to the extended metaphor binding her story to the theory and language of sculpture, Allison infuses an ample dose of popular philosophy in lessons culled from childhood days spent with her father. The 22 lessons at the beginning of each chapter intend to guide readers’ passage through the complexities of clay and life; each lesson works with the idea that art is a process, as is life.

Posted by Barbara Barth at 3:31 AM