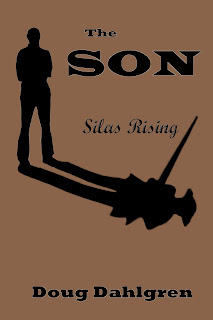 Find the book series on Amazon.


“All that is necessary for the triumph of evil is that good men do nothing.”
That quote from Edmond Burke has been paraphrased by some, but the message is always the same.
It comes from a time that gave birth to our country and in one simple sentence explains the essence of what makes us free. The willingness to take a stand, for what is right, against any odds.
Those ideals are the inspiration for my character, the mysterious and secretive assassin known to the world only as, “The Son.”
Set slightly in our future, yet close enough to be uncomfortable, the stories expose a layer of evil that goes untouched by the law. High ranking political figures, who use their positions to protect them, while committing unspeakable crimes.
My protagonist investigates the charges against these people and if proven to himself, he takes what he sees as “appropriate action.” His morals and ethics are patterned after the Sons of Liberty. Those revolutionary patriots are today seen as heroes, but in their time that was in question. I leave the answer, as to this character, up to you.
The story of “The Son” is currently a three book series, with more on the way.
I began putting my stories on paper after retiring from two, simultaneously held careers. Those careers allowed me and my wife to raise our three children, which is the point of working, but they also exposed me to a wonderful base of characters. People I met and dealt with through the years. Understanding how people will react to situations is very important in business and more simply, communications.
Story telling is basically communicating, expressing ideas in a way that others will understand and hopefully agree with. This is how I try to approach my writing.
They say, “people change,” and that is true. But personalities are usually dependable, reacting as you expect them to. This gives you a sense of comfort and reliability in both real friends and characters we read about or watch on television or in the movies.
I hope my characters are making friends among those who read about them. If I can accomplish that, I will have happy readers who look forward to the next story.
That’s what story telling is all about.

I love meeting with and speaking to book clubs. If you're a member of a book club and would like to have me come speak to your group, please e-mail me! 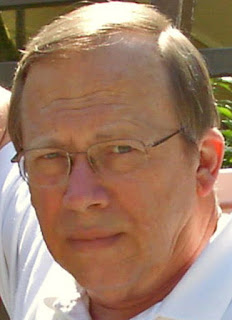