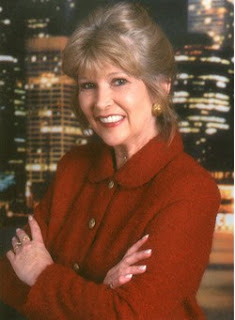 My latest book The Heavenly Heart was inspired by an actual Fox news program where a man received his daughter's heart. The tagline is:


After a fatal accident, sixteen-year-old Lorelei Goodroe follows the lives of five people who receive her organs, including that of her father who gets her heart. After Lorelei's unexpected demise she finds herself in turmoil. She is unable to move on without first letting go and letting go is the last thing on her agenda.

One thing readers may not know about me is that I didn't start writing until our children left home and my husband assured me they weren't coming back unless they needed money. I started to write to keep myself busy and got published with my first novel Roseflower Creek which set everything in motion.


I've just finished Summer Ridge. This is a novel that is reminiscent of Paper Moon. Twelve-year-old Mary Alice Munford struggles with the knowledge that her mother plans to marry her father, a man who abandoned them before she was born. It's set in the south in the 1970's.

My best wishes to all your readers! Jackie 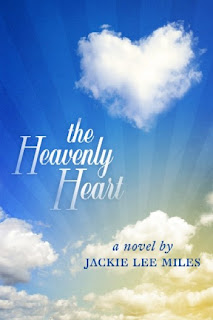 Jackie Miles resides in Atlanta along with her husband Robert, where she is a featured speaker at book clubs, local schools, and writer’s workshops. Her debut novel Roseflower Creek was Cumberland House Publishing’s lead book when it debuted in hardcover. It’s now available in trade paperback. Earl Hamner, creator of The Waltons calls it “A powerful, extraordinary novel.” The late William Diehl wrote, “The lyric prose will thrill you, the story is unforgettable, and the characters will stay with you forever.”

All of the author's books can be purchased on Amazon. Buy the Kindle version.

Check out The Heavenly Heart book trailer on YouTube.