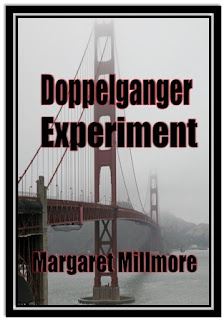 After more than four weeks in a coma, Jane woke up to find several things wrong; she didn’t remember the last three years, she was married to a man she didn’t know, and frightening dreams were infiltrating her sleep. But were they dreams or memories? As she struggles to recapture a life she doesn’t remember she discovers clues that lead to flashes of memories and the discovery of horrific experiments that end in murder... and something worse than murder.  A psychological thriller based in San Francisco.

Reviews:
Nothing is more exciting than a good review, it lifts your spirits and justifies all the hard work you put into your novel. However, there are always bad reviews, and they can be devastating… if you let them…
For the first few months after DE was published, I was receiving 4 and 5 star reviews, pure heaven. But then I began to receive some ‘not so good’ reviews, needless to say it was pretty disheartening. I think as human beings, it’s instinctual to lay blame on anyone but ourselves, after reading the reviews, I wanted to do just that. But I couldn’t, I wrote the book, I made the mistakes and they were mine, I owned them and it was up to me to fix them. I did the only thing I could think of.
In February 2012 my publisher and I pulled the book and we revised and re-edited it. It was a humbling experience, but I think I’ve learned a great deal from it, and I hope it’s made me a better writer.

About me:
I was born and raised in Southern California and moved to San Francisco in 1991. I currently reside there with my husband.  I am the grandniece of Irish author Benedict Kiely and the second cousin of Irish author Sharon Owens. Learn more at www.margaretmillmore.com.

Upcoming release:
The Four (A Series)
They do exist and they always have. They live, love, and work amongst us and they are part of us. But they are different too, they are stronger and they live longer. They are the topic of many books, movies and myths, but their existence remains a secret, not everyone would accept them. And like us, they have those that are simply evil. Keeping these evil ones under control is the price they must pay to continue the lives they love. They must protect their human brethren from the Dark Ones, those that would rather kill than preserve.
Century after century the good battled the Dark Ones, always prevailing and preserving the lives of their beloved humans. In the 17th century, two powerful Dark leaders emerged, they organized their forces and a bitter war ensued. It was a fight to the death and the good thought they’d won. Four warriors led the battle, four warriors whose strength was beyond anything they knew, four warriors whose legacy had to be preserved…
The good formed a consortium and with the help of a powerful sorcerer, a spell was cast; a spell that would follow the warriors’ lineage in case their power was needed again. The warriors are long dead, but their heirs are not, and now they must fight. The Dark Ones have re-emerged, they are more powerful, more resourceful and they want to control mankind and the world. Book 1 – The Beginning will be released in late August of 2012; thus far there are four books in the series. I’ll be updating my website with more information soon. 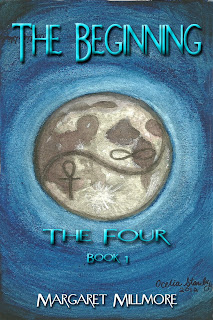 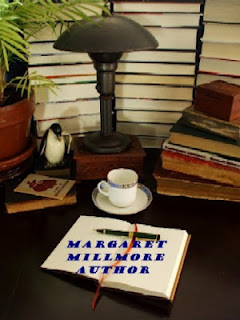 What they are saying about "Doppelganger Experiment" on Amazon:

"I live in SF and I absolutely loved the details of the city, I have been to just about every place mentioned in the book and the author did a great job of capturing the vibe of this great city."

"I have to admit that I love a good thriller, and this one had just enough psychological suspense to keep me up long into the night to finish the book. I couldn't put it down. When Jane wakes up in the hospital, she's lost four years of her life. From that moment, she's faced with returning memories and mysteries, and she finds that not everyone in her life is who they seem to be. Ms. Millmore very skillfully places enough doubt and hope around her characters to keep you guessing up to the end, and she also paints a vivid picture of the confusion and fear Jane feels from the start. "

Learn more about the author with these links!
Posted by Barbara Barth at 6:39 AM