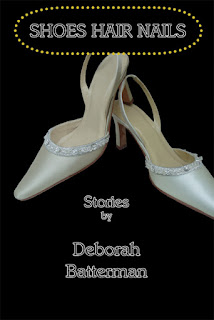 
Symbols, and their metaphoric underpinnings, play a large part in the stories I write. The title stories of my collection, SHOES HAIR NAILS, for example, might, at first glance, conjure images of frivolousness and vanity. And, yet, by putting them center stage, at the heart of the collection, I'm asking readers to leave aside presumptions, step into narratives built around those very images, look at them in a different light - one that gets beneath the surface and reveals the deeper resonance of everyday symbols. I see writing fiction as a way of making sense of situations - a girl whose mother takes off and leaves her in the hands of a friend, a mother ostracized for being a little offbeat by conventional standards, a man who thinks a trip to Vegas is the antidote, if not the cure, to his father's dementia - and exploring what compels individuals to act the way they do.

When I write essay-type pieces, like the ones on my blog, it's more about reflecting than shaping something into a story. Which brings me to my other book, Because my name is mother. This is a small book, just six essays, whose publication as an e-book I timed to Mother's Day.  I think any short piece -- be it a story or an essay -- has to stand on its own. At the same time, a collection reflects a writer's conscious choices re: what to include/what to leave out, in the interest of a cohesive whole. The essays in Because my name is mother are linked by the reminder that every mother is a daughter, too.  There's a progression in the way they hold together -- the first two from the perspective of the daughter reflecting on her mother, the last two from the perspective of the mother reflecting on her daughter. Smack in the middle sits 'Cute?#@Sixty', a favorite in the way it serves as a fulcrum on which both my mother and my daughter sit.

Writing tips:
1. Trust that the words/sentences/paragraphs you're trying to shape often come when you stop trying so hard. Take a walk. Listen to music.  Read something.
2. Don't be impatient and put your work out before it's ready.
3. Revise. Revise. Revise.

A native New Yorker, Deborah Batterman has worked over the years as a writer, editor, and teaching artist. A story from her debut collection was nominated for the Pushcart Prize. Her stories and essays have appeared in anthologies as well as various print and online journals. She recently finished a novel. 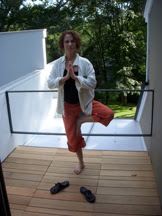 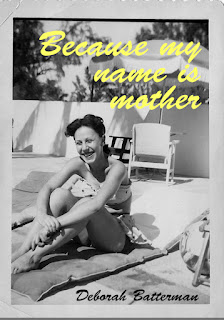 Posted by Barbara Barth at 7:02 AM