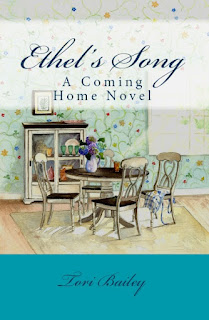 Ethel's Song, is the second book in the Coming Home trilogy.  Although, it is a second book in a trilogy its story and characters can easily stand alone.  Tori is able to transition the reader into meeting existing characters and weave their backstory, to where the reader does not feel  they are lost with the characters' histories.  Aunt Ethel, the family matriach, is thirty days from marrying Madison Barfield.  In the midst of managing a sucessful catering busines, loving her family, and planning her wedding, there is one small detail of her life she quietly needs to expell.  Her marriage to the man that abandoned her twenty-seven years ago, leaving her with two small sons to raise.


The night Howard Song walked out of her life had been a blessing.  His disappearance had been a reprieve from his abuse.  Ethel focused on raising her two sons.  The death of her sister expanded her family to her brother-in-law and niece.  Life had been filled with home, children, and work.  Ethel never thought that love would have a place in her life.  Howard had left more than physical scars.  That was until Madison Barfield.  In thirty short days, Ethel's divorce would be final and she could become Mrs. Madison Barfield.
Howard Song knew his prescence in his wife's dinning room came as a shock to her.  He was back in her life now and had every intention of reclaiming her and  his family.  It seemed he'd returned in the nick of time before she could marry someone else.  He just needed to convince her and his oldest son, Thomas, that he was a changed man.   His youngest, Mathias, was already on his side.

Madison did not need an introduction to the man standing in the dining room.  The look on Ethel's face and the way she trembled with fear was enough.  Madison had never asked many questions about Howard, but always sensed that his departure had not brough a lot of regret to Ethel.  Madison had enough troubles with his ex-wife, Liz, meddling and manipulating him through their daughter, Janet.  Madison moved close to Ethel and placed his arm around her waist.  He would not let this man bring any more harm to the woman he intended to marry. 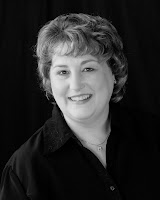 Writing has become an adventure that started with as a way of dealing with grief.  My first book, Coming Home, evolved after the death of a close friend.  At the time, I had no idea of where the path of putting words on paper would take me.  Since, I have found myself not only writing, but enjoying a lifelong dream of having my own business.  One shortcoming I often find when talking to other writers is the lack of realiziation that this is a business.  It does not matter if you go the traditional or non-traditional route of being published.  You are your best salesperson.  Just as your books have to have structure and vision, so does your writing career.  You must be just as diligent and dedicated to promoting, networking, and making yourself marketable as you are to character development, plot, and story line.

On a personal note, I am always going in many different directions at one time.  I don't think there has ever been a time in my life since my early twenties that I didn't have too many irons in the fire.  My full-time steady paycheck is being a 9-1-1 Communication Operator, working the night shft.  My part-time job is working from home with a virtual call-center.  In my spare time I am constantly working and promoting my writing.  In the mix of all of it I share my life with my husband of sixteen years and five rescue cats.  For relaxation, I enjoy working in my flower garden.

A little known fact about me.  I have an Airline Transport Pilot's license.  Flying and aviation were my world and dreams of a career in aviation had once been a hope.  My wings have long since been retired and life has taken different avenues.  But, I still have my ATP license.


Tori encourages readers to support local small businesses.  View the list of local retailers or visit her online store. Both books are available on Amazon. Coming Home and Ethel's Song.

From Dew on the Kudzu: